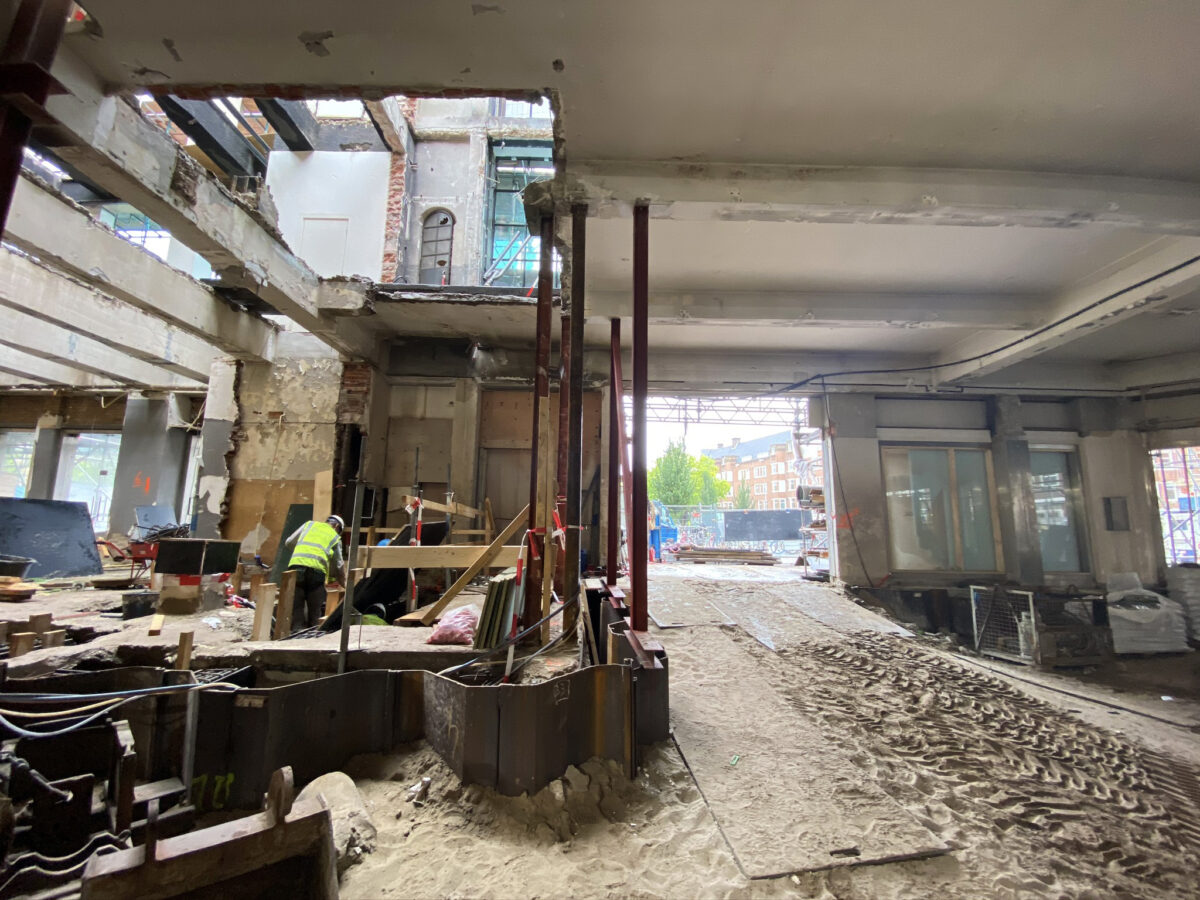 As you may have noticed, the building at Scheldeplein 1-5 in Amsterdam has been covered in scaffolding for some time. All the old front window frames have been removed and almost all the replacement aluminium frames have been fitted. On the Geulstraat side, a continuous curtain wall (consisting of slim-profile windows) has been erected, which runs over the first and second floors. Bay windows are being added on two floors on the Scheldeplein and Geleenstraat sides. The new façade will appear almost identical to the original, which dates from around 1930. 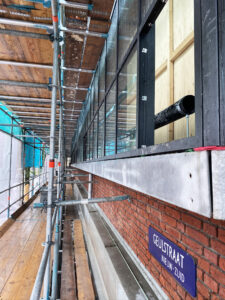 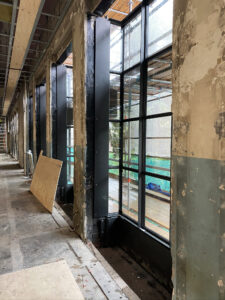 The entrance to Knijn Bowling and the entire interior of the former ABN AMRO office have been demolished. The sheet pile walls and foundations for the new basement are currently under construction. Meanwhile, the entire interior of Knijn Bowling on the second floor has been cleared, and work is now underway on the new interior. The original entrance to Knijn is being revamped and enlarged – it will be a shared entrance with the apartments that are due to be created on the new storey above.

The entire wooden roof construction is being checked and repaired or strengthened wherever necessary. The tiled roof on Geulstraat is currently undergoing restoration, including improvements to the insulation and sealing; existing tiles will be reused where possible. The tower masonry is being strengthened, and the tower itself is being raised so that it is in keeping with the new storey on the existing roof. The ‘lantern’ is also making a comeback. 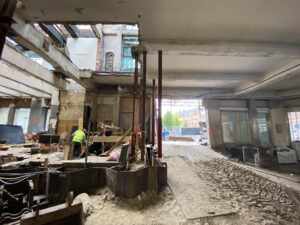 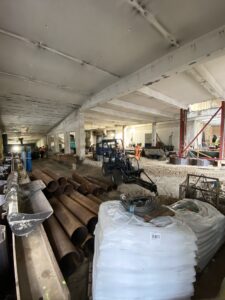 The renovation of the façade is expected to be completed by early October 2020. Construction of the new storey, which will be home to nine luxury rental apartments, will start in the third quarter of 2021. They are scheduled for completion in the first or second quarter of 2022.

The Scheldeplein redevelopment has been designed by Dok Architecten. The main contractor on the project is Kondor Wessels Amsterdam, with the foundation work being carried out by Gebr. Van ’t Hek.

No rights may be derived from this message.